Imagine a world where you trade your dollars for virtual money. You keep a track of the conversion rates as you move from one site to the other. Imagine what it would be like when credit cards show you credit limits in terms of virtual money. And what if your credit card itself is virtual?

Back in 2005, Philip Rosedale, the founder and CEO of Second Life, gave an interesting interview . He said “The GNP of Second Life in September 2005 was L$906,361,808 or U.S.$3,596,674, based on the recent L/U.S. exchange rate”. Now the interesting idea there is L/US Exchange rate. The rates varied just like the conversion rates for real money.

For this same reason, when Amazon announced their “Amazon coins”, I was excited. Now obviously, with spending amazon coins also comes earning amazon coins, a free ride for app developers on Kindle. And of course the whole saga of tax revolt could soon follow.

Now if you take a step further, lets say iTunes starts to go down that path, with Apple coins and so does ebay. And if the rest of the “world” follows suit, you now have a “real” virtual world, with “developed” sites, “developing” sites and “under developed” sites. You could have virtual banks, which loan Amazon coins at a 0.9% APR and of course as you transact between sites, you could watch a daily ticker of conversion rates.

I guess I’m overthinking here. Maybe it’s an overdose of caffeine taking its effect. But Amazon coins do seem like a promising step towards a virtual economy. 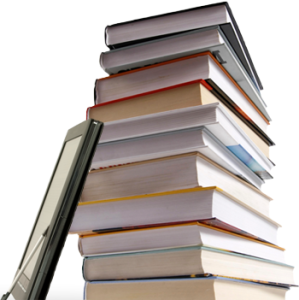 The news at Gizmodo today morning, got me thinking, why do I pay for books I don’t read beyond a few pages! The latest victim was, The Last Templars, by Raymond Khoury – a book which showed an amazing promise in the beginning, with its fast pace and history, but slowly managed to drag into religion and philosophy, making me drop it right then. I almost regretted buying it. It was Amazon 1-click that has emerged as the primary culprit for such impulse buys. It has also become a common dilemma around the globe, not just for ebooks, but printed copies as well. There are two problems that I see here – what do I do with a book that I do not wish to keep after reading, and what do I do, if I do not wish to read a book completely.

I was rather amused a few months back, when I was browsing through the books at the Paradies Shop in St. Louis Airport. I picked up a book and walked over to the counter to pay for it. At the end of the whole transaction, I was given a slip which said that I could return the book after reading, to any of the listed bookstores and get 50% money back. Read and Return , they called it. So when I read about Total BooX and their concept of pay-as-you-go, it did sound intriguing. Atleast it did prompt to jump into the band wagon, and register for updates. I must admit the screenshots look rather impressive. And with the statistics that have been put forth, I must say a person like my father who loves keeping track of things, he would jump on to such a opportunity. Now how much would a page cost? That’s something we will have to wait an watch.

There is another school of thought, which advocates making eBooks free, with adwords and advertisements making up for the cost and any additional profit you expect out of it. Now finding the right balance for that would be an interesting economic problem.

Renting has been another aspect in the world of books. How can that be translated into eBooks, poses the other interesting challenge. Amazon lending Library has found quite an impressive success ever since the launch. But the fact that it is limited to kindle owners hinders its growth to an extend, although I’m sure one of these days it will make its way to the Kindle App as well. And then along came Overdrive , with an attempt to resurrect the ailing hard copy lending libraries. Its concepts such as waiting for a book to be available at the library, and automatically returning the books after the specified due date, has made it almost close to the lending library around the corner that we all are used to. But there is certainly room for growth and innovations. Combining the concepts of Collaborative Consumption along with the revolution of the social media, peer-to-peer lending of ebooks is still an untapped avenue.

Let me know what you guys think.