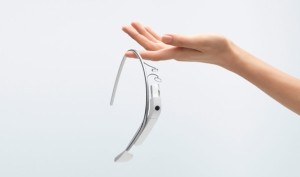 The hype has been immense. Wearable gadgets have slowly started to turn into the new fashion statement. Soon carrying a smartphone in your pocket might no longer be enough for a common man!

In fact, the idea of a wearable gadget started long ago when Pranav Mistry introduced his concept back in 2009. For those who haven’t had a chance to watch the presentation, it sure is a must see.

It soon started to evolve. Although not quite in the way Pranav had envisioned yet, we started to see and hear rumors about multiple flavors of what can be classified as a wearable gadget. Soon bands such as the Jawbone Up and Nike Fuelband started to crop up, gaining a significant market share amongst the exercising consumer community. So did the rumors of smart watches .

And then came the Google Glass . Ever since the revolution of the search, Google has been trying to play the game of catch up, right from its gmail service, through android and smartphones to social networking. And finally, they seemed to have found a product line that could possibly be called unique! Built on its ever evolving Android platform, it does provide a possibility of a rather near-seamless integration with the smartphones, while in “transition”. And on April 27th 2013, they quietly released the source code to developers.

Needless to say, the plethora of applications that ran on smartphones, started to send out rumors of their “glass” versions. Twitter perhaps was one of the first to jump onto the band wagon with NY Times in a close second. There was then the announcement of apps such as Evernote, Skitch and Path which google demo-ed at the SXSW 2013 .

The possibilities are limitless. And perhaps one day the eyeglass industry would be transformed as much as the watch industry would soon be. In the meantime, let me leave you with Tim Stevens as he chronicles his days with the Google Glass!