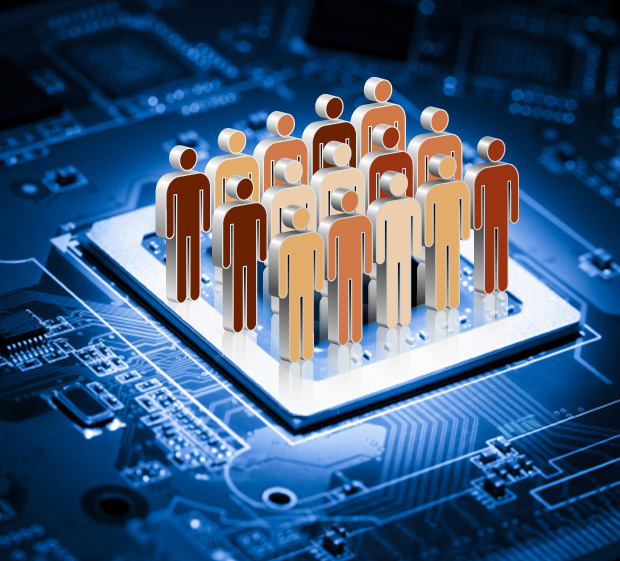 I must begin with a confession. I am a terrible Apple fanatic. So any resemblance in the title here is not a mere coincidence. But I assure you, the resemblance stops here. This is a concept – one that can perhaps be described as a concoction of a multitude of concepts that have already been floating around. Through the posts that follow, you will find me elaborating more on every one of those concepts to unearth a common theme across them – the crowd. Over the past five years, as social media and networking have started to mushroom around the web world, with smartphones and tablets becoming a common man’s gadget, several companies have started to make use of the data that is updated by users around the globe. And indeed many of the entrepreneurs and thinkers of this era have started to find correlations amongst these efforts. And along came several concepts, those which have gradually started to become an everyday term. Among them, Collaborative Consumption coined by Rachel Botsman , Crowd Sourcing coined by Jeff Howe of the Wired Magazine and Cognitive Surplus by Clay Shirky have grown significantly, in parallel.

While each of these talk about the influence of crowd in the functioning of the today’s world, analyzing and categorizing companies and organizations among various buckets, each have their own distinction. They portray a very specific aspect of the crowd and collectively they can encompass the iCrowd, in its entirety. Collaborative consumption talks about the idea of sharing what you have with a stranger, through a common platform for sharing, that is built upon trust. The product that is shared can vary with an organization that lay forth the platform. Airbnb, Taskbunny, A Spare to Share are all examples of this sharing. Rachel Botsman through her ground breaking talk at TED and her book What’s mine is yours , laid the foundation to this categorization of sharing, into buckets based on services .

Crowd Sourcing, coined back in 2005, talks about the idea of converting user input data into useful information, in the form of trend or recommendations or even just a single point of data depicting the state based on the data gathered from the “crowd”. I have spoken extensively about Crowd Sourcing and have tried to classify them into some reasonable buckets. SkyMotion, Waze, Minutely are all applications that have presented information from a large repository of user input data. There are then the amazon recommendations providing you with a list of products that “other customers” looked at, after viewing a particular product, in which case the input is user data collected passively. We will look into both these situations and how they play a part in the information transfer.

Cognitive Surplus is a more recent term, yet to be defined exhaustively. Clay Shirky describes it as a form of constructively making use of an individual’s free time towards a particular goal. Add in the crowd dimension and you now have an “organization without an organization”. Wikipedia is perhaps the best example of this “revolution”. Although Wikipedia has been around for quite sometime, identifying the concept that made it a huge online encyclopedia was as recent as 2009. As more and more efforts start getting categorized under this umbrella, cognitive surplus can be yet another powerful concept making use of the power of crowd.

In the coming weeks, I will hoop through each of them in more detail, pointing out examples that illustrate the common link and the distinctions.